Back In The Climate Thick Of It 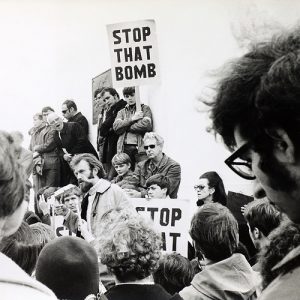 I have been working away in the Bob Hunter Archive at Robart’s Library at the University of Toronto and it is getting really intriguing. You can catch up with what has been happening on that front by reading the Saturday Toronto Star interview and article that Marco Oved did last weekend:

And the response tot he article was significant enough that I was asked to a short interview on Global TV’s Morning Show which you can see here (note: I didn’t call myself Thomas Hunter, that was their fault. They tell me they will correct it):

We are well into the new year, we have had a new government for a while and the neighbours have really done their best to turn their presidential election into a Pay Per View event. Tempting as it is, I am not going to weigh in on that other than to quote, gulp, Forrest Gump: Stupid is as Stupid does. Fortunately I have managed to drag myself out of that fog long enough to get back here. Or maybe I should say snow. No, I can’t say snow, since there is little or none here in Toronto. Oddly though there are places that haven’t seen any of the white stuff in up to a century, that are seeing it again. This follows the long predicted pattern of weather becoming more extreme as climate change becomes more significant. The feedback loop is certainly ramping up. At the beginning of 2030: Confronting Thermageddon in Our Lifetime, Bob laments the likely fact that by the time his grandson is an adult, the boy probably won’t be able to play around in the snow with his own child because of climate collapse. But based on the snow I have had to shovel off my skating rink over the past few years, we had expected piles of snow by now. My kids even asked if it would be possible to have a giant pile of snow instead of skating rink this year, but at this point it doesn’t look as though they will get one.

The point here is not that there will be no snow in the future because it is warmer, but that when there is snow, it will come in mountainous quantities like they’re seeing to the south of us. Or there will be so little that the spring run-off will be insufficient to kick start the growing season. Late start means dead pollinators, which means less fruit and veg at harvest time, which means higher prices on what there is, great importation from locales where the wet stuff did arrive on time, which of course means continued need for what the Juice Cans want: oil addiction. And as we all know, the first step in recovery from any addiction is to admit having the problem, which we seem bent on avoiding.

Anyway, more on that in the coming weeks during I make an attempt to look at climate solutions from the point of view of the environment, not from the point of view of industry, the Juice Cans, the financial sector or the government. Most of what is being flogged under the heading of ‘climate solution’ these days appear more like ways to allow us to continue consuming at the same rate we always have, or more, but putting the bill in someone else’s mailbox.